For 17 years and 4 days, Karen Lane served at the head of Theatre Puget Sound – first, as rental manager (and first employee) for the fledgling organization; finally, as executive director of a vital service “Institution.” In the three months since her departure, I’ve heard many people say Theatre Puget Sound and Karen Lane are inseparable for them and they cannot think of one without the other. Although the conflation would make Karen uncomfortable, it is understandable. Karen frequently was the first person a new-to-Seattle artist connected with in our theatre community. She has welcomed people, shared resources and ideas, and facilitated first connections for their local network.

This is how I met Karen, in a March 2000 interview for a contract job editing TPS’s first newsletter, in her spare, end-of-the-hall office no bigger than a storage closet. She hired me and rapidly became my first friend in this city, and it has been my privilege to support her and TPS with a steady stream of behind-the-scenes work ever since. In September, Karen succeeded in her years-long stratagem to hire me. We envisioned a long partnership leading TPS into its next twenty years. 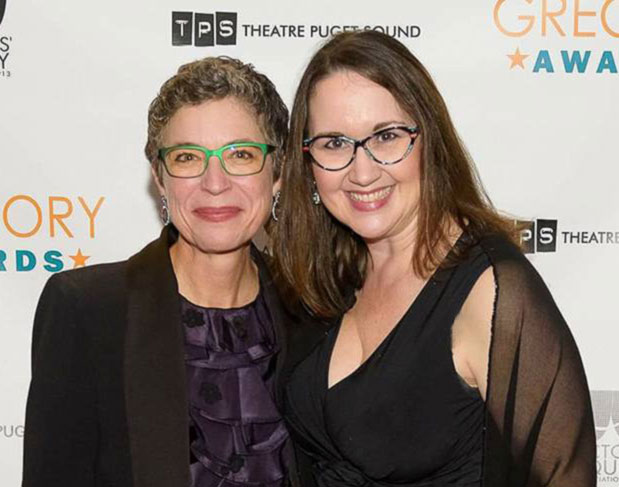 But we know what they say about best-laid plans of mice and (wo)men.… In November, Karen’s tenure at TPS ended.

There are no handbooks for life or organizational change. Some endings roll-out over years, others catch us by surprise. Some things are handled well, others – in retrospect – could have been handled better. Ours is no different. Throughout, the staff, Board, and I have done what we believed was best given the circumstances of each moment. This executive transition has mostly been quiet, purposefully played out in private moments and actions not to engender suspicions about secrecy or conspiracy but to respect the very confidential and personal nature of what was happening. At the time a public announcement needed to be made, there simply wasn’t much we could say.

Near the end of Karen’s final day, she sat with staff looking at a stack of pictures from her desk – memories of events and people long gone, the passage of time traceable in her children’s growth. We told stories, teased through histories, and laughed. I even made a silly video of her handing me the keys she’d carried for nearly two decades.

Over those many years, and from her first, tiny office at the end of the hall, Karen guided this organization to an impressive portfolio. Under her leadership, TPS and every person who ever has worked, volunteered, or advocated on its behalf

Long before the Affordable Care Act, Karen negotiated pathways for artists to access affordable healthcare. Where she couldn’t make a program happen through TPS alone, she sought partnerships to extend TPS’s reach and increase service to us. Leveraging the strength of our numbers, she helped us get discounts on headshots and print advertising, and she connected us to special programs for affordable fitness memberships and mortgages and opportunities for ongoing fiscal sponsorship.

Some in the community have lingering questions about TPS’s leadership transition. I think part of what’s needed is an opportunity to hear from Karen herself, so I asked her to share her thoughts. This is what she wrote:

“I gave my heart and soul to TPS because I believe in the mission, and I will forever support this mission and community. The idea list of things I could have done was endless, and I always felt privileged to work for a mission that gave me so much to push my shoulder into every day. All transitions carry struggles, and while the timing and manner of my departure from TPS may not have been ideal, I know it is right for TPS to take its next steps as an organization. Zhenya Lavy understands and believes in TPS’s mission as much as I ever did, and I fully support her leadership. I may have let go of the job, but I will never let go of my belief in the intrinsic value TPS adds to our entire community. TPS ultimately is about you and the strength created by the union of your membership. I look forward to finding my new way as a member of this community and, as my Rascal Rue gets a little older, getting out to see more of your shows! I believe in you and thank you for the honor of serving you.” ~Karen

Transition rarely plays out as a single event. Ours has been playing out over time and will continue to do so with as much intentionality and consideration for our community as possible.

As I contemplated writing this message, my thoughts kept turning to Walter Benjamin’s 1940 essay, “Theses on the Concept of History.” In his ninth thesis, Benjamin wrote of the “Angel of History,” with the storm of progress driving it “irresistibly” into the future even as it trains its eye on the past. That is how I conceptualize this moment for TPS: looking back and “seiz[ing] hold of a memory as it flashes up” in order to look forward.

While Theatre Puget Sound may now be perceived as “Institution,” it’s still small for a non-profit its age. That perception is a testament to the dedication and voluminous work of the people who’ve held its now 4.5 staff positions over the years, the contractors who’ve made special project work happen, and the volunteers who’ve been TPS’s engine and spirit from the start. Theatre Puget Sound is and always will be far bigger than its staff or budgets, its walls or programs.

Theatre Puget Sound is the roughly 1,500 individuals and 175 organizations who join each year – some seeking quid pro quo benefits, some driven by the conviction that through our union and mutual support our entire community is empowered and strengthened. At its purest, Theatre Puget Sound is what happens when any group of performing arts workers identifies a community need and collaborates to fill it. TPS, “the Institution,” need not even be involved.

We pick up the mantle of a rich legacy and work together to build our future.

The staff, Board, and I have come through the first three months since Karen’s departure with feet firmly planted and sights set resolutely on TPS’s mission.

Organizationally, the staff and I are working to improve not only our operations and offerings but the diversity, equity, and inclusion of our structure, paradigms, programs, language, and actions. Race. Gender. Ability. Age. Discipline. Economics. Location. All these and more are fair game for a deep-dive analytical effort I started upon my arrival and now am actualizing through what I’m calling “Mission Critical Coffees.” We’re inviting difficult conversations, with clear-eyed resolve to better serve not only our entire membership but also those who currently see no value in becoming members.

The direct influence of people we’ve spoken with already is evidenced in changes throughout our portfolio: the new Fringe Benefits program built for Seattle Fringe Festival artists, the operations for the Unified General Auditions, the improvements already visible in and planned for our studios, the website redesign that will roll out in sections over the course of this year, and the very language of our communications. And there is so much more that these conversations have initiated in our thinking and vision that we can’t wait to bring to fruition.

Even as Karen left the office for the last time as an employee November 30, she was swiftly ticking through her encyclopedia of experience to give me bits of information she thought I might need. She remains a text or coffee date away, responsive to my random questions and curiosities, looking out for the organization she’s loved so long. 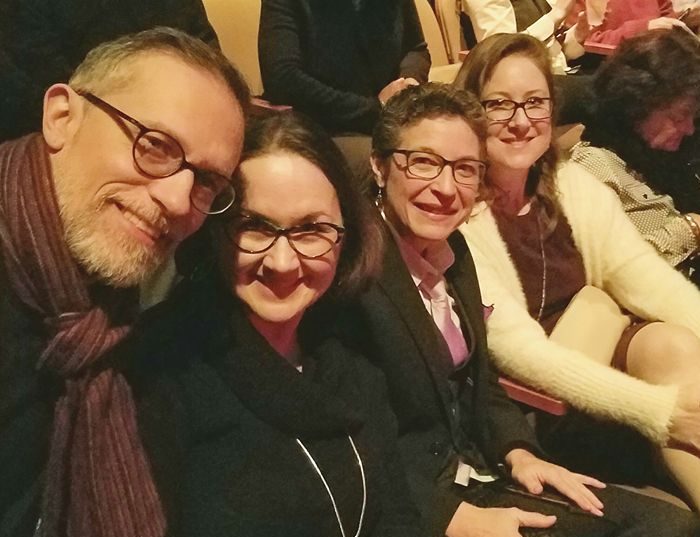 Thank you, Karen, for everything you have done for Theatre Puget Sound and our ever-changing, challenging, awe-inspiring, creative community. We will see you around!

This entry was posted in In Focus, Theatre Puget Sound, TPS Admin. Bookmark the permalink.